In the Trailblazers Beyond the Tenure Track series, current Princeton graduate students interview graduate alumni pursuing a range of careers beyond the tenure track. Collectively, these stories help graduate students develop a vision of the journey ahead by exploring the experiences of trailblazers who have gone before them.

At Princeton I was in the Department of Ecology and Evolutionary Biology (EEB), while also pursuing a graduate certificate in Computational Science and Engineering. My PhD started in computational biology and ended up in computational social science. I was interested in studying how social groups organize themselves in terms of behavior and social networks. I originally studied how ant colonies self-organize, how their social networks and their division of labor could emerge from a collection of autonomous individuals. My research employed agent-based models which are like computer simulations of digital societies.

Midway through my dissertation, I worked on a project that touched upon political polarization. I realized that the tools I was using as well as the social questions I was asking were relevant to other issues such as political polarization and online misinformation. I spent the latter half of my PhD studying these problems and I worked with political scientists at Princeton and elsewhere.

My interest in the analysis of behavior and social networks in the online ecosystem led me to my current job. I work as a as a data scientist at a cyber security startup called Phylum. They were looking for someone who had social network expertise and who likes to think about behavior since they’re trying to protect the open-source software ecosystem. Open-source software is great in that it’s created by a community and updates constantly, but also carries social risks such as a bad actor slipping malicious content, for example ransomware, into an open-source package. This threatens not just individuals but companies and governments. In order to prevent that, I look through massive amounts of data from Github. In addition to looking for patterns that might indicate risk for someone developing software, I’m also in charge of developing machine learning models that could predict risk, which then can be integrated into their software platform. For example, I recently finished developing a model that can find unusual behavior among authors of open-source software—an indication that their account might be compromised by a malicious actor trying to add malicious code to software projects.

I came into grad school after a several year stint as a policy analyst and data analyst in a nonpartisan capacity in Washington DC, advising the federal government on issues related to science and technology policy. Because of this temporary stop in the professional world during my academic path from college to graduate school, I was aware of career paths available to PhDs beyond academia.

I was interested in academia, but I also still wanted to explore other options. At first, I thought that when I finally decide to step out of academia, it would be simple: I would just put together my resume, frame my work in a relevant way and present myself more along the lines of industry expectations. I found it actually rather difficult. Even though I did a lot of relevant work in grad school, the industry usually looks for concrete professional experience in a field.

I had to learn how to frame my work in grad school as well as demonstrate the relevance of my experience in policy analysis. I found the challenge was learning to present myself in a manner that makes it clear for employers that I had potential as well as the tools of the trade. In addition, I decided to pursue a certificate in computational science and engineering to put something on my resume that was more clearly quantitative and in the realm of data science. I also did a lot of self-education; I took online courses on data science to become more familiar with the subject.

I used alumni networks at Princeton to talk to people who were in industry.  I wanted to figure out what sort of jobs were available in this nebulous field of data science, what the interview processes were, and what organizations expect from someone applying to a data scientist position.

Overall, my preparation was a combination of formal coursework, online self-education, and speaking to people in the field that helped me find this job.

The moment that changed everything

I think there are two moments. I was always considering other career paths when I came to my PhD. I thought path back to was government might be one I would enjoy. Over the course of my PhD, I realized that I really liked doing technical work, for example coding data analysis. I could do that in government, but it is less common. So, halfway through my PhD, I shifted from thinking about my options as academia and government to academia and data science, although I never let go of the public service angle of government—I kept my eye open for data science opportunities that intersected with government, policy, and social issues.

The second moment came about in my last year. My plan was to apply to industry jobs and to a couple postdoc fellowships that I thought were interesting. I applied to both, and I was hoping just to see how that would shake out. The few postdocs I applied to were highly competitive, I made it through some important rounds in the interview process, but I ultimately ended up not getting them, which made my decision easier. I was just as interested in data science positions, so I pursued data science full on as my next step.

I'll start with what is similar. Data science is very practical: I do analysis and build models to complete concrete tasks towards an objective. As I hinted before, my role is research oriented, I still build practical models for them, but a lot of what I'm doing feels very similar to some of the work I did during my PhD—for example, asking open ended questions and then trying to research my way to an answer. I get to spend a lot of my day doing what I loved about research: thinking about interesting problems, learning new methods, writing code, analyzing data, and even writing up what I’ve found! Luckily, the company is still relatively small, and the leadership gives me a lot of support and freedom as an independent researcher.

What’s different? I’m not bound to a location. My company is working fully remote, which is important for me. That meant I could finally return home to Los Angeles to family and friends, which I had been trying to do since I graduated undergrad.

I've also returned to a stronger divide between work and life. I felt the PhD is always on your mind and there is always more you could do towards your big goal. Especially, in the era of the pandemic, I think a lot of people realize that it’s especially hard to set a boundary since we have less outlets and distractions. Working in data science at a company outside academia, the boundaries are stronger. I’ve gotten more space to start redeveloping hobbies, and I’ve even moved to a part of the city that's very close to the ocean and allows me to surf all the time, which is great.

Even if you're not sure about what you want to do, talk with your advisor and others so that they have a sense of where you are at. With my supervisor, the answer was great, she was supportive, but I realized in hindsight that I didn't signal clearly enough that I was considering other options. In the final year of my PhD, when I was much more concretely interested in industry roles, my advisor was a bit surprised at first. I just think it could have gone a lot smoother if I'd just been clear earlier that I was considering multiple career paths.

Another piece of advice is to speak to people who are in the jobs you're interested in. It doesn't have to be transactional. When I’ve tried to “network,” I felt like the expectation was to always explicitly try to get a benefit from it, such as a referral to an open position. I think that comes across as very awkward. Instead, I think what's helpful is if you connect with people to find out more about their career paths. That can be obviously beneficial in figuring out what career you want, but also, I found that a lot of times if you're just yourself, often the person wants to help you, and they will offer to do things that you weren't expecting or didn't ask for.

Princeton has a lot of great resources to bolster your credentials for industry. For example, EEB  is a very quantitative field, especially at Princeton, which is the leading theoretical and quantitative department in the field. On the other hand, in industry, people didn't know what to make of an degree in EEB, since they are less familiar with it. Fields like computer science, physics, and statistics are much more familiar in industry and easily perceived as relevant. That was partly what motivated me to pursue that graduate certificate; part of it was that I wanted to learn these methods for my own research, but also it was a safety mechanism in case I wanted to pursue another career – a legitimate credential that clearly shows that I knew how to do computational work. For others, this could be a policy certificate or a University Administrative Fellowship from the GradFUTURES team in the Graduate School. This would contribute to a professional profile, opening new paths should you decide you want to try a career beyond academia.

This interview has been edited for clarity. 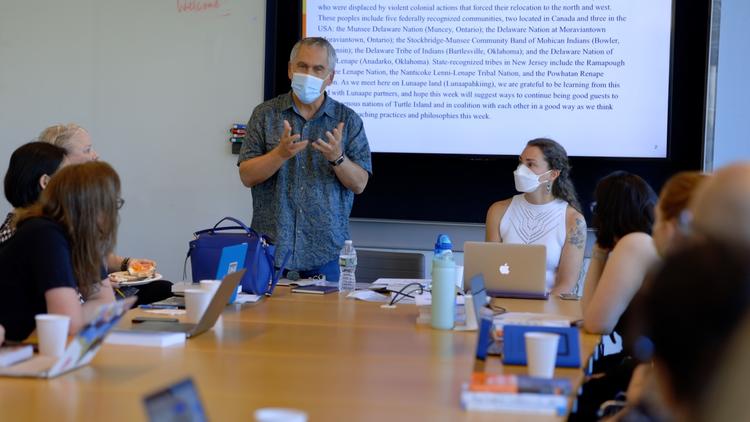 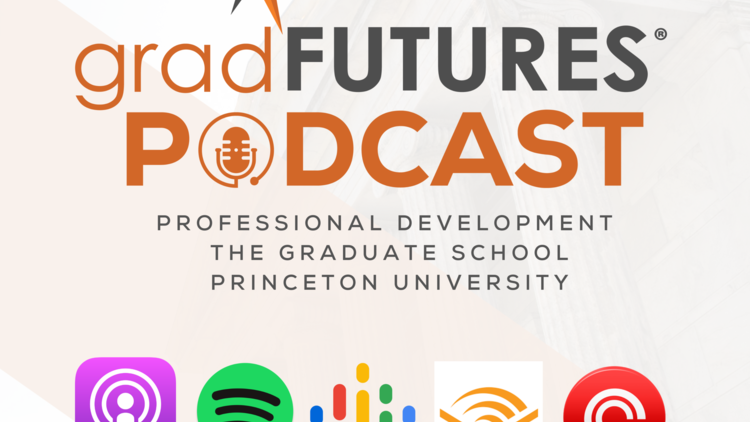 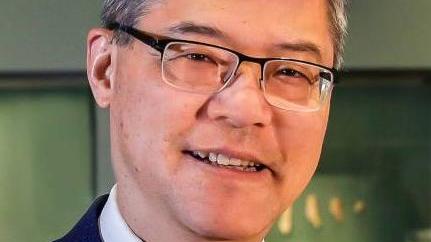